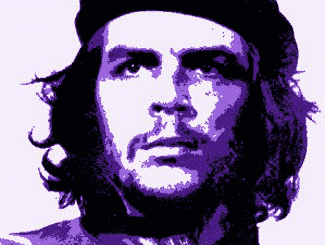 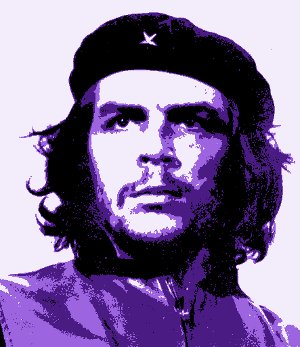 I guess every true coffee nut has his favorite coffee mug. You know the one that he’s used for years, with the chip out one side and an iconic picture that was likely all the rage 10 years ago. (In my case, the picture is of Che Guevara so it’s a little older than that even). It really doesn’t matter how many Dad of the Year coffee mugs this nut gets for Father’s Day either. Soon as the kid’s are out the door, the DotY mug is back in the cupboard and out comes Old Faithful.

As far as the wife is concerned, my obsession with the  Che Guevara coffee mug

is a symptom of encroaching dementia but then, she drinks decaff so what does she know, right? Still she doesn’t mind too much unless we have company over for dinner. Then if I as much as shoot a glance at Che, I am in danger of getting shot myself.

Last week, we hosted a small party to celebrate my wife’s parents anniversary. In preparing this relaxing get together my wife changed from being laid back and easy going kind of a gal to all of a sudden becoming a detail oriented diva. All of a sudden our coffee cup collection was below par and it was not only Che that looked worse for wear.

With her being busy with all the other organizing I was tasked to buy some nice coffee cups. Those were her exact words. Not much in the way of direction. So I nipped down to the store and came back with a set of nice little stripey cups. She promptly sent me back with them. “They look like you bought them in a store” she said.

Okay. So I went to the mall and into a little ceramic shop; bull and china ran through my head the whole time I was in there. I got out without breaking anything and returned home carefully clutching a box of  delicate and dainty cups. “It’s not a doll’s tea party, she said. Sending me back again. “Get something trendy. And we don’t have lots of space. Look for stackable coffee cups.”

Well, being the worlds laziest shopper I then did what I should have done in the first place and turned to Amazon. A search for stackable coffee cups brought up quite an astonishing selection. Who would’ve guessed there was such a great demand? There were cheap and cheerful stackable mugs for under $10 but if I had opted for the collectable MARA stoneware mugs I could have paid up to $130 for four cups!
In the end I bought a set of stackable mugs for under $50, the party went off like clockwork and the minute the guests were out the door, I broke out Che Guevara.