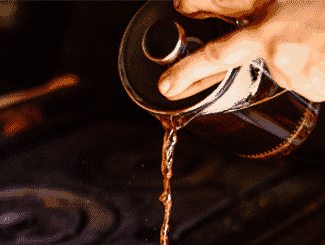 Brew a Better Cup of Joe!

The old tried and true technique of preparing French press coffee not only makes for an elegant presentation at the table, it also produces a gourmet coffee that remains unsurpassed by percolator and automatic drip methods.

The French press was first created in France. However, after several design modifications, it was an Italian designer who patented the press during the mid 1900s. Production began in France, where it gained a popularity that subsequently spread throughout the world. The design consists of a cylindrical glass carafe that sits in a steel base. It is topped with a steel lid, which also houses a plunger with a metallic mesh filter on the end. This assembly fits snugly within the carafe in order to separate the coffee granules from the brewed coffee.

To make coffee by using a press, one begins by boiling water in a kettle. Once the water has boiled, it must sit for several minutes in order to cool slightly so as not to burn the coffee. Ground coffee is spooned into the carafe of the press and then the hot water is added. The mixture is briefly stirred, the lid is placed on the carafe with the plunger/filter unit pulled all the way up, and then the contents are left to brew for a few minutes. Finally, the plunger is pressed all the way down, filtering the coffee grinds out of the coffee. The reward is a stellar cup of coffee.

As with all culinary projects, the best results come from the best ingredients. Use filtered water to eliminate any nuances of chlorine or other odd flavors. Start with whole coffee beans and coarsely grind the beans fresh in a burr grinder just before brewing. Buy only high quality gourmet coffee. The longer the coffee is left to brew, the stronger the flavor will be; however, freshly brewed coffee should be enjoyed at once. Do not allow the coffee to sit for any extended period in the carafe or it will take on a bitter flavor.

Gourmet coffee aficionados are unyielding in their pronouncements that a French press produces a cup of java that is superior to other methods. Allowing the home barista more control over the coffee making process, without the internal preset variables on many of today’s automatic drip machines, does indeed support a strong and flavorful case for coffee press advocates.

A common problem with French presses is that the glass shatters or cracks if the plunger is pressed down too firmly. The Bodum Brazil Shatterproof French Press Coffee Maker

claims to have a shatterproof glass beaker but of course, accidents  happen so it is nice to know that there are also replacement beakers available for it should it be dropped or fall off the counter.

is well made and sturdy. It has a soft grip handle and does a good job of keeping grounds and coffee separate.

Find a good selection of French Presses along with buyer reviews in our French Press Store.