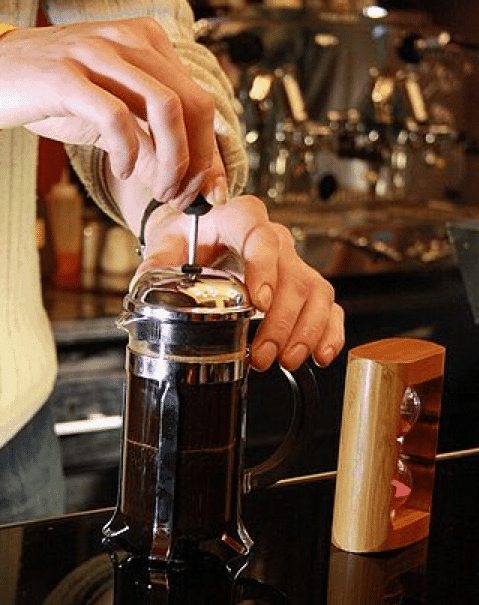 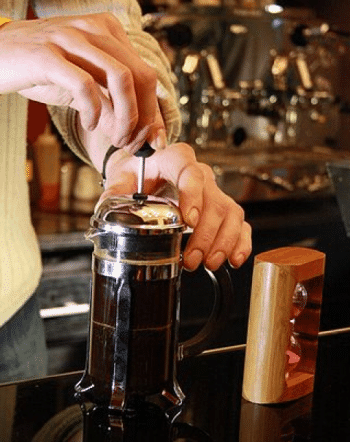 Is the French Press, “French”? Well, it’s definitely European in origin, and makes a very flavorful cup of coffee.

The Coffee Nuts here at CoffeeNutHut.com, are pleased to announce our new French Press Coffee Shop.  For those of you that don’t know about the flavorful joys of using a French Press, we’re going to tell you all about the history and method here.  We’ve also prepared another post with the how-to information you need when you get your Press.

This first thing to know, is that we can thank both the French, and the Italians for this device.  According to a Wikipedia article, the French press, “also known as a press pot, coffee press, coffee plunger, cafetiere (UK) or сafetière à piston, is a simple coffee brewing device which may have been invented in France in the late 1800s, but was first patented by Italian designer Attilio Calimani in 1929, who made subsequent design improvements over the years, and further refined by another Italian, Faliero Bondanini.”

How does the French Press brew a better cup of Coffee? It’s all in the water — literally. we don’t mean the water is that important, it’s that the Coffee actually brews in the water. Because the coffee grounds remain in direct contact with the brewing water and the grounds are filtered from the water via a mesh instead of a paper filter, coffee brewed with the French press captures more of the coffee’s flavor and essential oils, which would become trapped in a traditional drip brew machine’s paper filters.

French Press coffee machines come in all shapes and sizes — they’re great for camping and traveling. We’ve put together a great range of offerings for the machines, coffee grinders, and also some course grinds bagged and ready to brew in our French Press Shop. Be sure to let us know how it works out — leave a comment below.