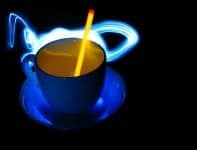 Inspiration can arise from the most seemingly mundane things. Haircuts, walking, shopping and many other quotidian happenings have served as the influence for some of the most celebrated songs in music history. One particularly normal topic that has been utilized repeatedly by songwriters as stimulus and metaphor is coffee.To the under-caffeinated, coffee appears solely as a necessity to function. Once the fix has been satisfied, the beverage takes on a more mysterious quality. The fleeting euphoria of a coffee high, the aroma that revives dormant memories, and the sorrow that accompanies the final drops in a cup. The range of emotions elicited by a cup of joe is well represented in these coffee classics.

Bob Dylan’s “One More Cup of Coffee” is perhaps the standard-bearer for coffee in popular music. The song weaves a predictably fantastical Dylanesque tale of a man who unrequitedly loves a mysterious, distant woman. The lyrics generate an Arabesque imagery that leave the listener guessing at its cryptic meaning. However, the one undeniably relatable current throughout the song falls in the chorus:

The sentiment of “One More Cup of Coffee” can surely resonate with listeners who are trapped between wanting to stay and wanting to depart. Its a mental compromise that is reached by way of the most common of human bonds: coffee.

Conversely, other artists have used coffee as vehicle to illustrate the simple joys of life. Otis Redding’s “Coffee and Cigarettes” doesn’t produce as much in the way of analysis as Dylan’s “Coffee”, but that doesn’t diminish its honesty:

“But it seemed so natural, darling
That you and I are here
Just talking over cigarettes and drinking coffee”

The “natural” aspect of sharing cigarettes and coffee with someone you love creates a bit of a recursive loop. You love the person you’re with so naturally you’re going to share these common cultural activities with them and since you’re sharing those activities with them, you love them. Redding crafts this beautifully.

Unlike skydiving or wrecking a hotel room, coffee and the emotions that it evokes is something that nearly every human over the age of fourteen has experienced. Whether drinking it alone and contemplating or drinking it with friends and reminiscing, coffee is a chameleon. Our ability to associate it with a vast scope of human emotions makes it a very fruitful muse. Here is Ottis Redding’s take on the matter: