Heads Up, Coffee Nuts: Coffee is Good for You 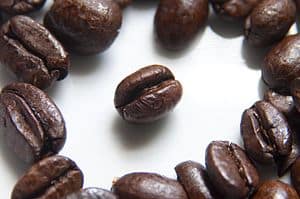 For years, coffee lovers have viewed their habit as something between a guilty pleasure and a vice. Coffee drinkers will rejoice after learning that new research suggests that coffee may actually be a health drink. Contrary to popular opinion it turns out that, at least against certain disease, coffee is good for you!

The National Institute of Health cite a 2009 study published in The Archives of Internal Medicine in which participants who drank the most coffee developed diabetes at lower rates than those who consumed less. The researchers suggested that for each cup of coffee consumed daily, the risk of developing Type 2 diabetes dropped seven percent. Decaf drinkers can also rejoice in the results of the study. Caffeic acid appears to be the hero behind the drop in Type 2 diabetes, and decaf coffee contains more of it than regular.

Dr. Vivian Fonseca, president of medicine and science at the American Diabetes Association commented on the study, “This was done in cells, not in animals or people.”

The researchers behind the study, Ling Zheng and co-author,  Kun Huang commented, “Our study does not imply that the cream and sugar served with coffee will be beneficial for type 2 diabetes,”

So cautious good news perhaps? Read more on the study of coffee and its beneficial effects on Type 2 diabetes.

The caffeine in coffee appears to decrease the brain’s production of an abnormal protein called beta-amyloid, a key protein involved in Alzheimer’s disease. Researchers from the University of South Florida (USF) have recently found that coffee may have an additional benefit. In a study published in The Journal of Alzheimer’s Disease, USF researchers determined that a still-unidentified ingredient in caffeine increases levels of granulocyte colony stimulating factor (GCSF) in the blood. Alzheimer’s patients have severely lowered levels of GCSF, and mice given the substance greatly improve in memory skills. Read more on the possible beneficial effects of coffee on Alzheimer’s Disease.

Scientists studied more than 13,000 Dutch citizens in an effort to discover what effect coffee and tea consumption had on cardiovascular health. The study revealed that those who drank two to four cups of coffee daily had a 20 percent lower incidence of heart disease than those who abstained. Coffee consumption appears to have no effect on stroke risk.

Coffee’s cancer-fighting benefits can be attributed to chlorogenic acid, the primary antioxidant in coffee. Roasting raises its level of antioxidants even more. Antioxidants destroy free radicals, molecules in the body that damage healthy cells.

Unfortunately, decaf coffee doesn’t pack much of an antioxidant punch. A study published in The Journal of Physical Chemistry B revealed that a process called radical adduct formation (RAF) is the main mechanism through which coffee seeks and destroys free radicals. Caffeine is the catalyst for this chemical reaction.

So all round it looks like good news for coffee nuts but remember that caffeine needs to be consumed in moderation. Too much can lead to jitteriness, headaches and a feeling of anxiety. Even so, what do you think of the latest ‘coffee is good for you news’?